Jens Tholstrup shares his thoughts on 'How Innovation Works' 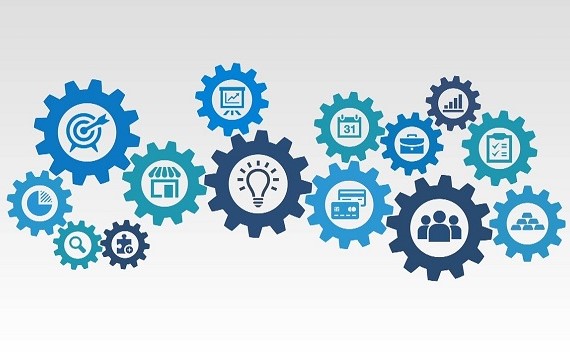 As my professional life is closely linked to innovation, and as someone who works for a business with innovation in its name (Oxford Innovation), I felt it important to read and take some cues from Matt Ridley’s latest book ‘How Innovation Works’.

I am an admirer of Ridley’s writing (even if I don’t share his politics) and particularly enjoyed his previous book, The Rational Optimist. His ability to make scientific subjects accessible to a lay audience makes him one of this country’s stand-out writers in this genre. In addition to his journalism and book writing, he has also been involved in business and politics, although his stint as Chairman of Northern Rock did not necessarily enhance his credentials in the former aspect of his life - but may explain why he believes that failure can be an important driver of innovation. Indeed, in his book he argues that the success of innovation in the US is in part explained by that country’s benign attitude to business failure (“fail fast and fail often”).

So what can we learn from Ridley on Innovation? For a start, Ridley draws the useful distinction between invention and innovation. Innovation is the ability to make use of an invention in such a way that it becomes worth using and provides societal benefit from its application; and the inventor is not necessarily (and most often not) the innovator. He borrows a quote from Deidre McCloskey that describes Innovationism as the habit of applying new ideas to raising living standards.

In Ridley’s analysis, making inventions and technology accessible is a key element of innovation and he emphasises that it is those that find ways to drive down the costs and simplify the products, who make the biggest impact.

The reader is left in no doubt about the significance of the subject of the book in the mind of its author: “Innovation is the most important fact about the modern world but one of the least well understood”. He adds a description of Amara’s Law: people tend to overstate the importance of a new technology in the short-term but underestimate it in the long run.

As a self-confessed libertarian, Ridley makes freedom the sine qua non of innovation: “innovation happens when people are free to think, experiment and speculate”. This view is somewhat compromised when Ridley brings China into the discussion and suggests “that in the coming decades China will innovate on a grander scale and faster than anywhere else”. He seeks to explain this apparent contradiction by suggesting that in China, the entrepreneur is “surprisingly free of petty bureaucratic rules and delays….and free to experiment”.

Almost as important as freedom in Ridley’s opinion, is the idea of exchange and trade. “Innovation happens when people meet and exchange goods, services and thoughts” and similarly “if you cut people off from exchange you lower their chances of innovating”.

Ridley draws on a number of innovation case studies to illustrate some key aspects of how innovation works. The studies find that innovation:

True to his libertarian beliefs, Ridley is dismissive about the role of government in promoting innovation. He is not persuaded by Mariana Mazzucato’s argument that government support and funding of research and development is the main source of innovation. He cites the history of the development of railways in the 19th Century as a purely private-sector phenomenon. Academics fare little better in his analysis (he quotes a study that found that just 2% of innovations originated in academia).

Ridley is also antagonistic about the value of IP and patents. He argues that the patent system discourages innovation and he cites evidence that shows there is no less innovation in areas unprotected by patents. He sees patents (along with regulation, standards and licences) as part of a system which protects incumbents and erects barriers to entry. He takes aim at ‘innovation phobic’ Europe and blames ‘Brussels’ for promulgating legislation to protect incumbents and place barriers to innovation. It comes as no surprise to learn that Ridley is a strong supporter of Brexit. There is a lengthy description of how the EU held back Dyson’s invention of the bagless vacuum cleaner (which may account for a glowing endorsement of the book by Sir James Dyson).

So what practical lessons can an organisation like Oxford Innovation take from Ridley’s findings?

Perhaps most importantly is his emphasis on collective endeavour and the importance of exchange in fostering innovation. This suggests that the concept of innovation centres which maximises the opportunity for entrepreneurs and their teams to exchange ideas provides the optimum working environment for innovators. It also underlines the threat to innovation posed by the current pandemic which inhibits exchange.

I also gained more than a mote of pleasure from his observations about the messy-ness of innovation, that the journey from idea to commercial realisation is not smooth. As Chairman of a company that supports investment in young innovative companies, I can confirm that many of the successful businesses we help to finance are not successful in exactly the way that they thought they would be. Two final oddities: first, Ridley is strangely silent about finance and the role of finance in promulgating innovation; and curiously doesn’t talk much about the role of the individual entrepreneur, a point which may be explained by his statement that the “individual is strangely dispensable” when it comes to fostering innovation. This latter observation runs counter to what I observe as being the critical role of the individual entrepreneur in making innovation happen.

In short a wholly worthwhile book, possessed of some interesting and strongly held views, but perhaps with the odd lacuna or two.

Please note, any views/opinions expressed in the above article are personal and are not the views of OION Ltd, Oxford Innovation or any other associated organisation.